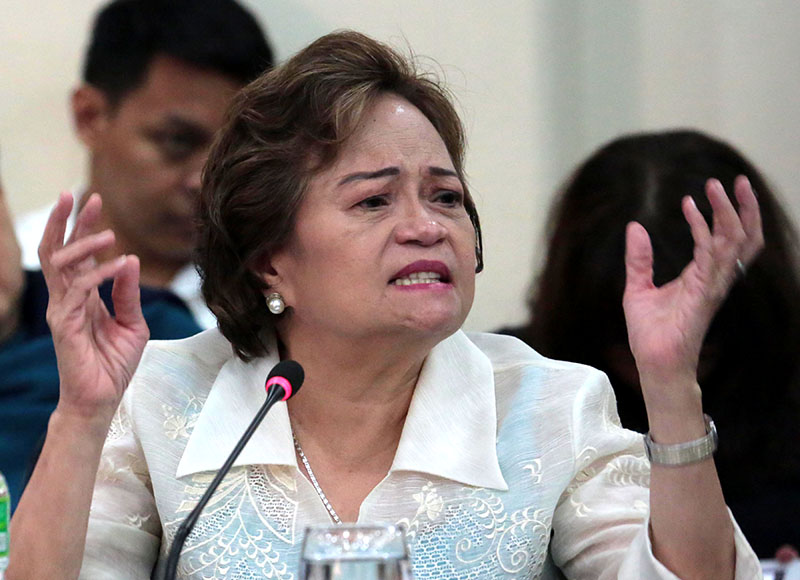 "Teresita De Castro's appointment as Chief Justice to the Supreme Court is President Duterte's reward for her removal of CJ Sereno from the post. Her next mission could be putting the Marcoses back in power by favoring Bongbong Marcos' sham electoral protest," Akbayan Partylist President Machris Cabreros said.

"De Castro will have 2 months in office but the Mischief Justice is capable of enabling the whims of the dictator," Cabreros said.

"She can also bend the Supreme Court to Duterte's will by upholding the withdrawal from the International Criminal Court, give constitutionality to Oplan Tokhang and other crucial cases in the Supreme Court," Cabreros added.

"After her two month stint, Duterte can appoint another lapdog to the position while De Castro can relish retirement with her expensive pension and her short gig as Mischief Justice," Cabreros ended.

Akbayan called on the public to "resist the dictator's influence in the Supreme Court and put the Marcoses back to the dustbin of history". ###