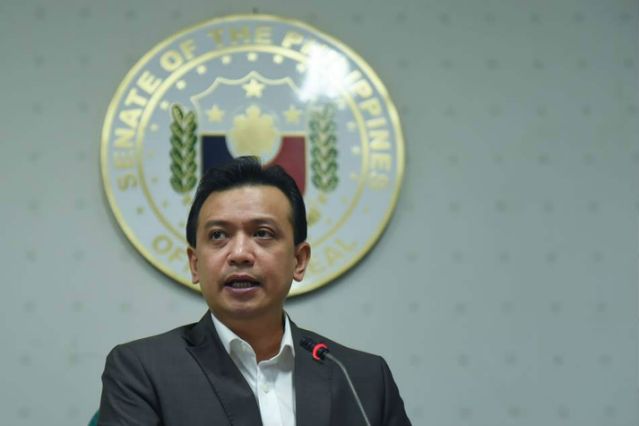 "The reasons cited in President Duterte's Proclamation No. 572 reeks of political persecution as this administration continues to conjure old cases from the grave. It is clear now that Duterte would rather imprison lawmakers who demand truth and accountability from his administration rather than actually facing them," Akbayan partylist spokesperson Gio Tingson said.

"It is cowardly of Duterte to order for Trillanes' arrest while he's in a junket trip to Israel so when he comes back, he has one less critic to face," Tingson said.

"It is clear that Duterte wants Senator Trillanes locked up because he wants the president probed for allegations of hidden wealth, his family's alleged involvement in the drug trade and his murderous campaign against drugs that has killed 20,000 Filipinos already," Tingson said.

Akbayan called on the people to stand with their ally Senator Trillanes, a vocal critic of President Duterte.

"We call on the public to show their outrage and demand a stop to President Duterte's policy of silencing dissent. The climate of political persecution against those who tell the truth spares no one. We must resist!" Tingson ended. ###