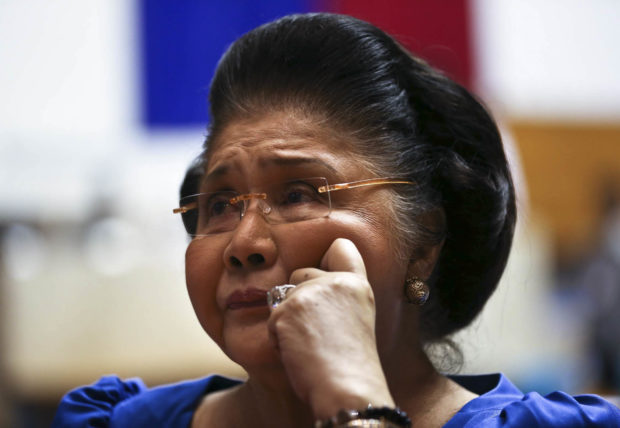 "This legal victory is a two-decade struggle by the brave Filipino people. This is a victory against historical revisionism. This comes at the heels of a time when the Marcos family is desperately trying to revise history and clear their name of the crimes they have committed," Akbayan Chairperson Emeritus Etta Rosales said.

The decision is based on Imelda Marcos' illegal financial activities as governor of Metro Manila.

"This is retribution. The Marcoses thought they could get away with their crimes. They have after all institutionalized impunity within the criminal justice system as dictator over the past years," Etta Rosales added.

"This decision proves that the corrupt Marcos family really have committed crimes against the Filipino people, in order to enrich themselves and their cronies," Rosales said.

"Filipinos should not give up against the dark forces, even if it seems they are closing in. The case took decades but the majority of judges came out in pursuit of the truth anyway," Rosales said. "There is still hope in some judges in courts who will fearlessly side with the truth."