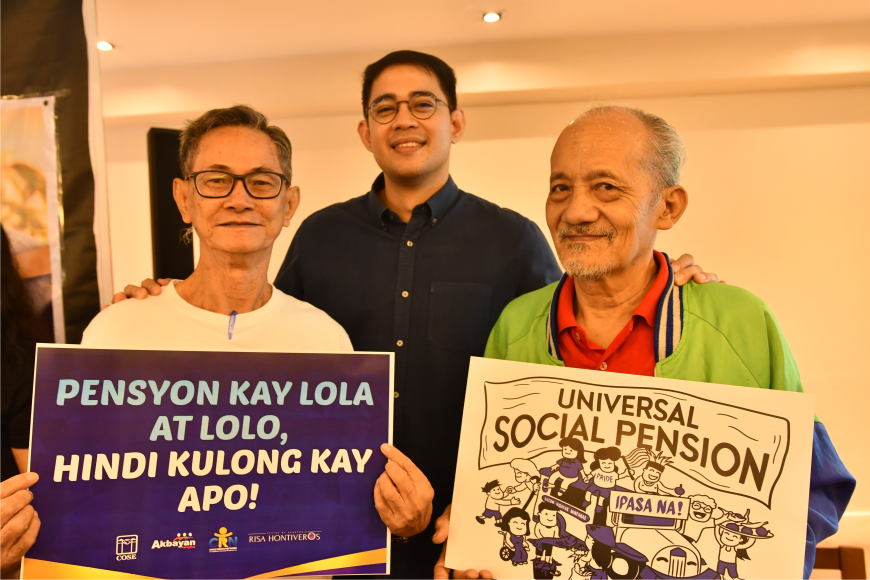 This was the call of a panel of youth and children’s rights advocates and senior citizens groups in a press conference on Monday, supporting the bill to provide universal social pension for senior citizens.

Akbayan Partylist spokesperson Gio Tingson, the Coalition for the Services of the Elderly (COSE), and several other groups urged congress to prioritize support of Senate Bill No. 2138, or the “Lingap Para kay Lolo at Lola Act” filed by Akbayan Senator Risa Hontiveros, instead of lowering the minimum age of criminal responsibility.

If passed into law, the bill seeks to create a social pension system which grants a monthly stipend to all senior citizens, unlike the current means-based system where only those considered as indigent senior citizens can receive government assistance.

“‘We hit two birds with one stone’, ika nga. We increase the benefits of all senior citizens and lessen the number of children in conflict with the law,” Tingson added.

Tingson also warned of moves to settle on 12 years old as the age of criminal responsibility.

The panel is joined by Confederation of Older Person Association of the Philippines, Aksyon sa Pensyon Coalition, and Child Rights Network. ###