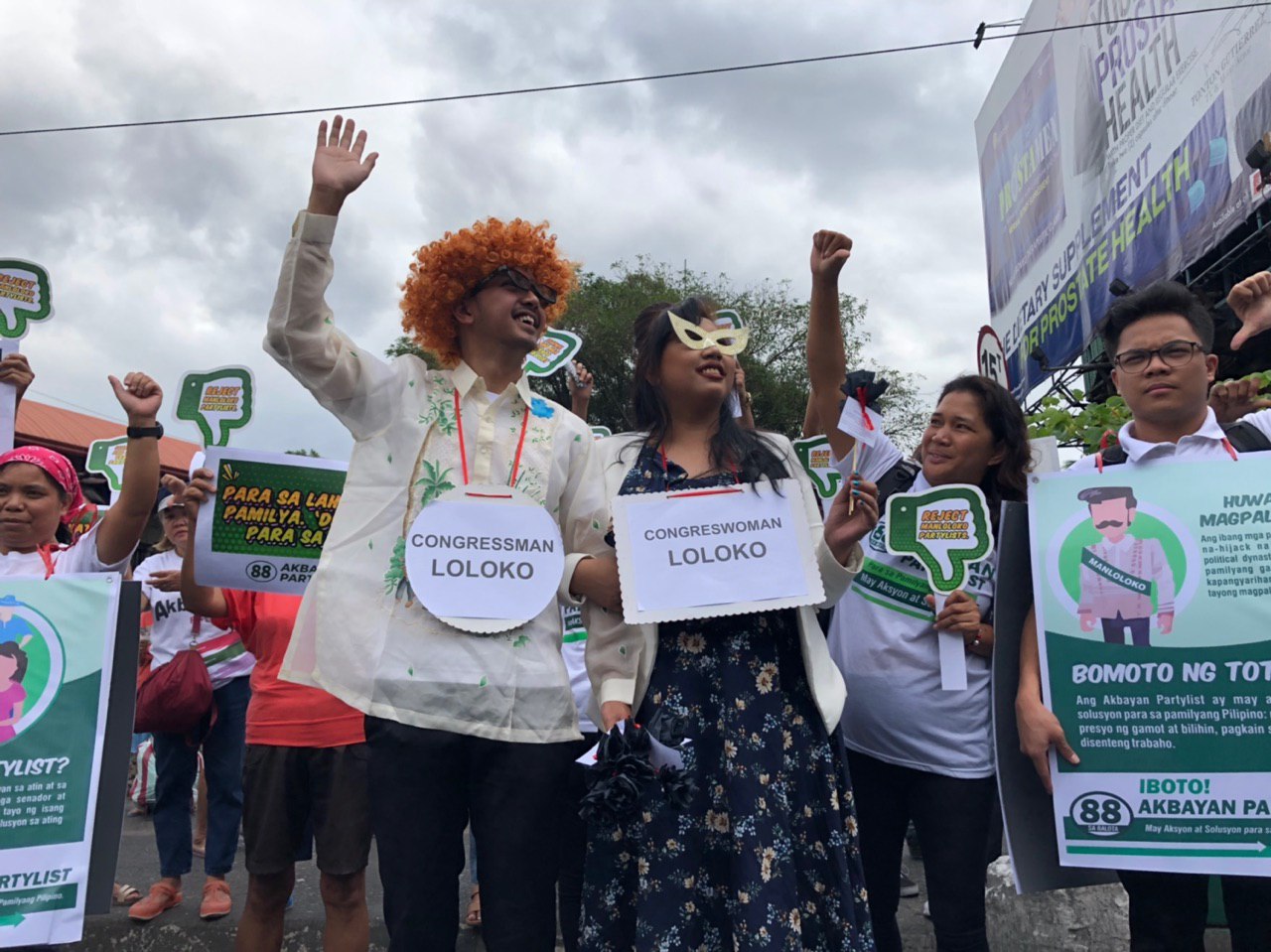 “It’s becoming a family affair. And it’s wrong”. Akbayan Partylist kicked off their campaign today urging voters to reject political dynasties masquerading as partylists, after reports that politicians have started to hijack the partylist system to build dynasties.

The partylist was joined by their funny take on political dynasties: Congressman Loloko and Congresswoman Loloko, wooing voters to vote for Manloloko Partylist because “a family that runs together, will win together and will steal… your hearts together “. Akbayan maintained that there are numerous “manloloko” partylists in the ballot this 2019, noting reports that nearly half, or 62 partylists, have ties with political clans and business interests.

“The partylist system is not a family enterprise. It should be a space for ordinary Filipino families, the farmers, the workers and the women. It should remain that way in 2019," said Akbayan Chairperson-Emeritus Etta Rosales during their campaign kick-off at a public market in Quezon City this morning.  Rosales was one of the drafters of the 1995 Partylist System Act and the first partylist representative of Akbayan in Congress.

It is up to the voters now to reject those who do not embody the spirit of the partylist system, Akbayan said in a statement.  “They do not represent any marginalized sector or ideology but an extension of their family politics”, Akbayan furthered.