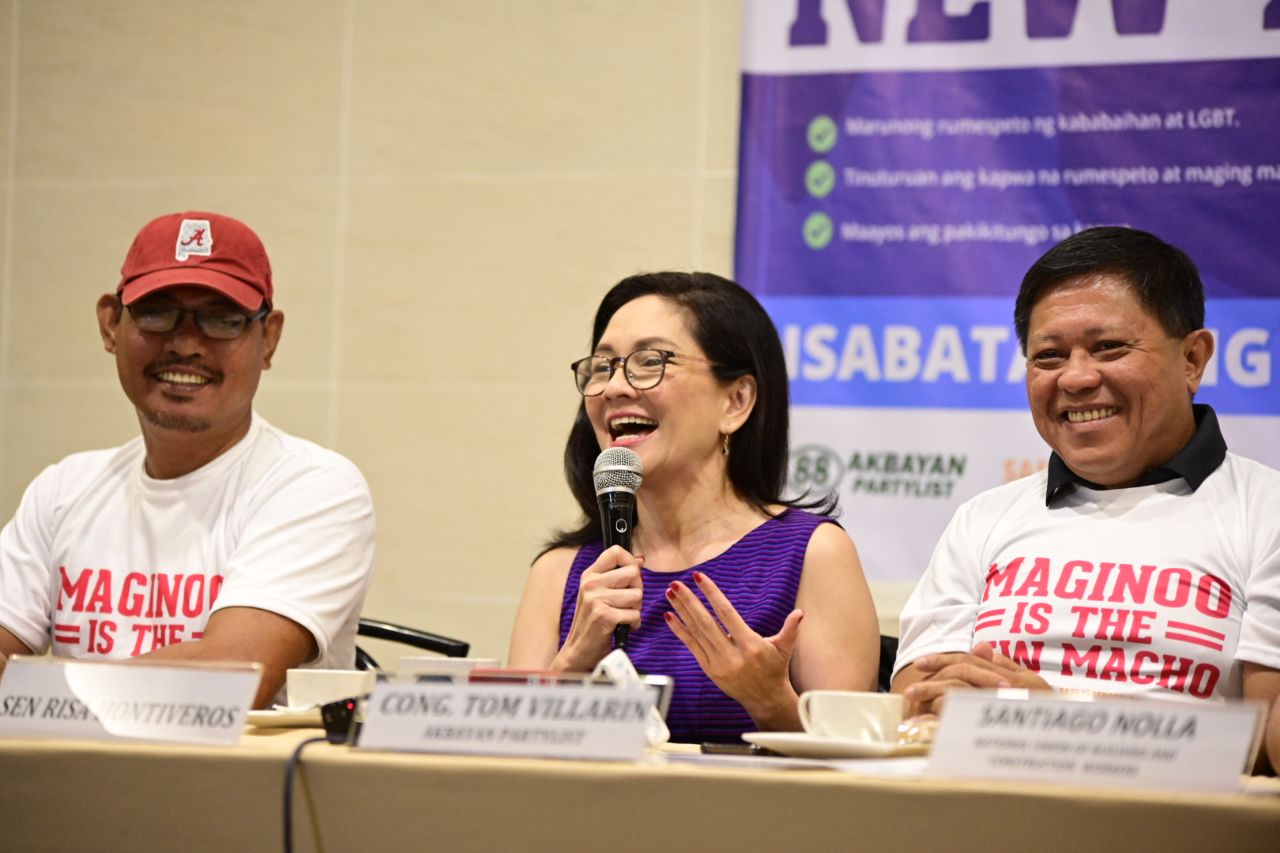 The Akbayan solon also summed up the proposed measure into very simple and practicable rule for Pinoy men.

“Don’t do unto others what you don’t want other men to do to your spouse, parent, child, sibling, or friend. The golden rule for safe spaces is as simple as that,” explained Villarin, who is a father of two young girls.

“We don’t want our vehicles to be horror stories for passengers. Respecting your fellow passengers means respecting the drivers who are making an honest living,” said Efren De Luna, President of the Alliance of Concerned Transport Organizations (ACTO)

For his part, Isagani Bogabel, Secretary-General of the NCR Tricycle Operators and Drivers Association (TODA) Coalition, said that he believes that the proposed law does not necessarily target or antagonize Filipino men.

“As men, we are called to be allies and partners of the Safe Spaces Law. We have to take on this crucial role so we can uphold the safety of passengers and pedestrians, wherever we are or whatever we do,” he added.

Santiago Nolla, Secretary-General of the National Union of Building and Construction Workers, gave Pinoy men a tip to help in the cause for safe spaces.

“Control yourself. A real man thinks before he acts, because every action has a consequence. If the consequence may sexually offend passersby and passengers, stop. Just don’t do it,” Nolla said.

As principal author and sponsor of the measure, Akbayan Senator Risa Hontiveros welcomed this proactive response from Filipino men in pushing for the Safe Spaces Law, ahead of its signing.

“This is a clear sign that Filipino men are open and willing partners in ensuring safe spaces for women and the LGBTQIA+ community. The old macho stereotype is so passé. It’s time to be ‘maginoo,’ the new macho,” she remarked.

“The Safe Streets and Pubic Spaces Act is not only a law for women. It is not simply a feminist measure. It is not a measure to punish men. Rather, it is a policy to prevent and hold accountable sexist deeds.

It is a law for everybody in order for us to effect positive behavioral change and make our spaces safe for all,” she urged.