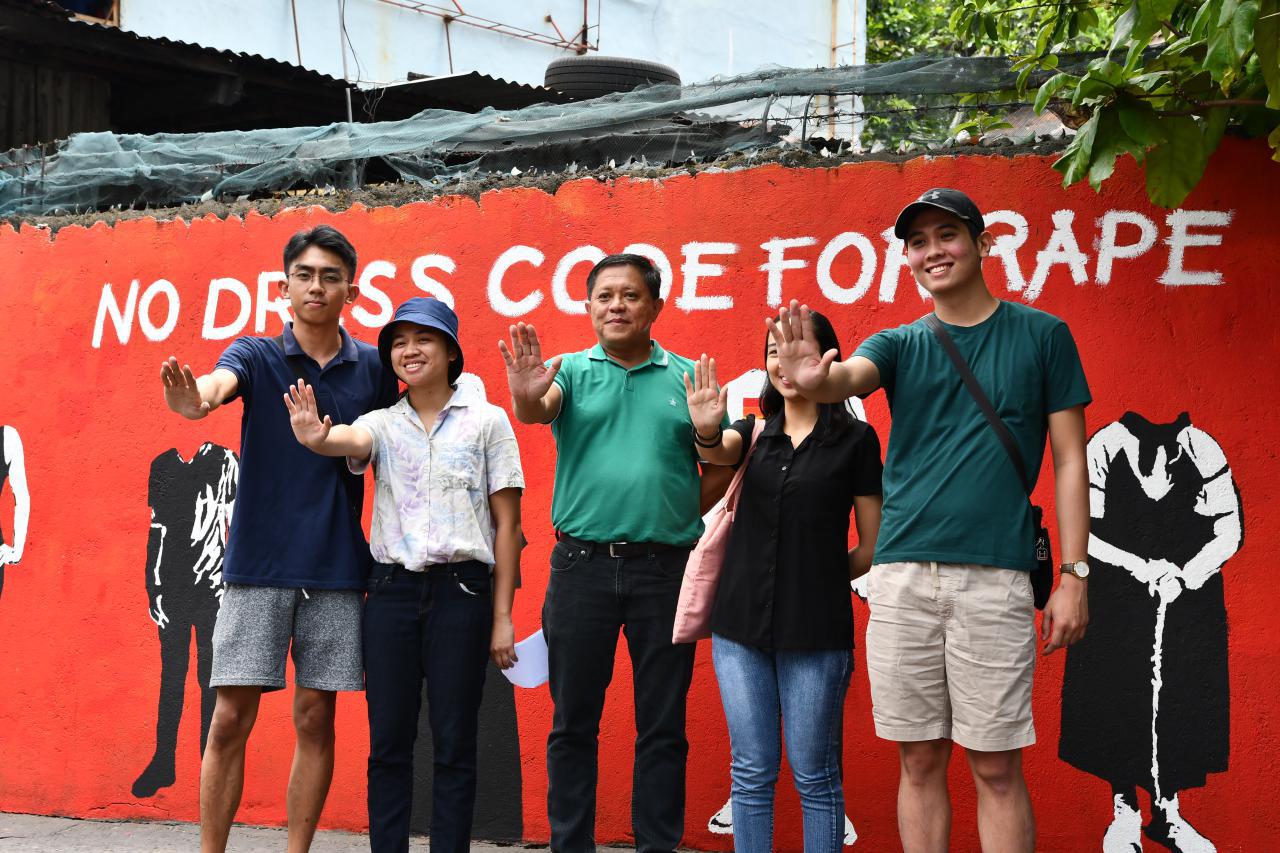 Amena Natangcop, student council president of Philippine Women’s University, said that up to 140 Filipinos experience sexual harassment every day in the city of Manila alone, extrapolating data from the Manila Police Department, UN Women and the Social Weather Stations.

“Sexual harassment happens in the streets of Manila every day. This mural is our way of not staying silent in the face of these alarming data. We want to engage and remind the community of its responsibility in keeping the streets and public spaces safe for all”, she added.

Bill to lapse into law April 21

The Bawal Bastos Bill is expected to lapse into law on April 21 of this year.

"We are expecting the Bawal Bastos Bill to lapse into law on April 21 or sooner if the President chooses to sign it”, said Akbayan Partylist Rep. Tom Villarin, principal author in the House of Representatives.

Villarin also said that the bill, once enacted int law, overhauls the country’s outdated anti-sexual harassment law. ““It is a 24-year-old law that needs urgent updating - loopholes include only penalizing sexual harassment in the workplace and only when it happens from superior to subordinate”, he explained.

“The Bawal Bastos Bill covers peer-to-peer and subordinate to superior sexual harassment in the workplace.  The law will also cover gender-based electronic violence, strengthening our Anti-Cybercrime Law, and sexual harassment that happens between strangers: in the streets, in public utility vehicles, in clubs, bars and restaurants”, Villarin furthered.

According to Villarin, “schools that fail to do so or act upon cases of sexual harassment that happens within their vicinity can face sanctions or eventually have their licenses revoked”.