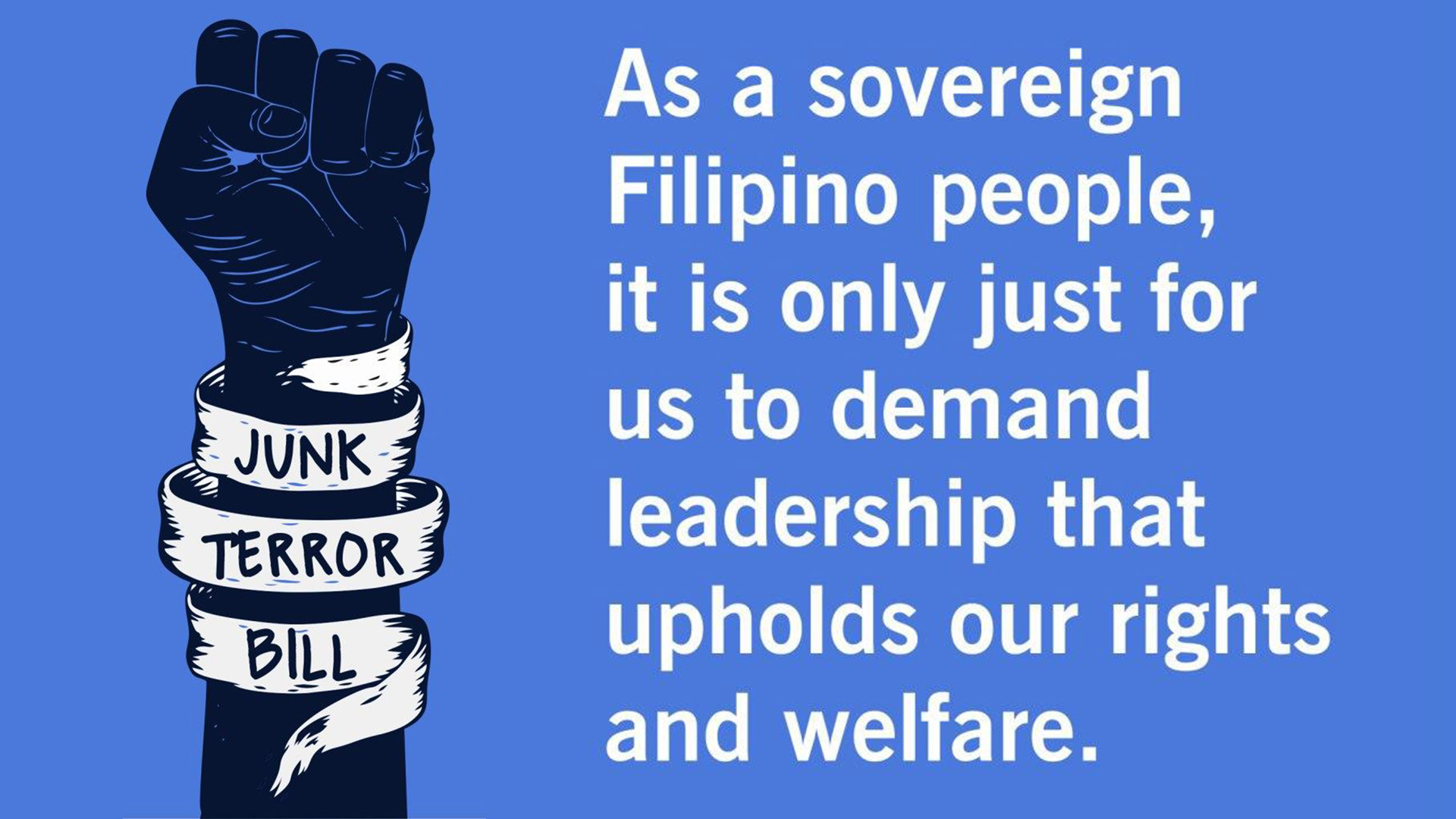 Akbayan Party on Independence Day 2020: No independence without our liberties and sovereignty

Today we celebrate the 122nd year since the Philippines first declared independence. We look back on our history and remember our ancestors' sacrifices for our sovereignty and freedom. But now, we find these sacrifices swept under the rug by Duterte's administration.

Over the entirety of his term thus far, Duterte has actively taken away our civil liberties. His drug war caused the deaths of 29,000 innocent lives, including 54 children. Slow rehabilitation of Marawi has left 25,000 individuals displaced 3 years later. 2,000 health workers have contracted COVID-19, without proper compensation or protection. 41,000 individuals have been deprived of liberty and cramped into jail cells for supposed quarantine violations. Now, Duterte's draconian terror bill threatens to silence and persecute its harshest critics. For a country that repeatedly fought for its freedom, Duterte has shown no care for the liberties we the people deserve.

On top of this, Duterte has shown his subservience to imperialist agenda. He refused to uphold the Hague arbitration ruling and defend our sovereign rights over our EEZ. The damages of China's artificial islands on our reefs are irreversible. Our fisherfolk remain helpless to bullying and intimidation by Chinese patrol boats. 40% of our electric grid is now owned by a Chinese state corporation. POGOs have been free to operate without paying taxes, even with their platforms used to traffic Filipino women. POGO workers were even given preferential testing for COVID-19, where our own workers have not received the same. As the leader of a sovereign nation, Duterte has done little to uphold that sovereignty.

As a sovereign Filipino people, it is only just for us to demand leadership that upholds our rights and welfare. While Duterte's administration can do little to redeem itself, we must hold them accountable for what they owe to us. The government owes us a comprehensive audit of China's damages to our natural resources and unpaid POGO taxes. It owes us full assertion of the Hague ruling against Chinese intrusion. It owes our workers protective equipment, income guarantees, and safe work. It owes our families mass testing, contact tracing, financial aid, and safe public transport. Duterte owes our country the independence he is taking away from us, and we shall demand him to pay it back.