As President Rodrigo Duterte dangles his new constitution before his allies in Congress in exchange for possible extending their term for three more years, Akbayan warned the Filipino people about the serious and irreversible damage his regime will cause future generations if his dictatorial and bloodthirsty schemes remain unchallenged.

"After two years in power, the Duterte administration has exhibited ineptitude, indecency, and impunity as its trademarks. Duterte himself is the main generator of crises on multiple fronts,” Akbayan spokesperson Gio Tingson said.

“The Filipino people will witness this yet again, as he delivers his third State of the Nation Address," Gio Tingson added.

Akbayan cites the unprecedented impunity and attacks on gender that comprise the human rights crisis; the surrender of Philippine sovereignty in light of China’s territorial incursions and expansion that show a foreign policy crisis; and the high inflation, peso devaluation, and persistence of ENDO that signify an economic crisis—all happening under the nose of President Duterte. Under an administration known for human rights violations and attacks on the country’s democratic institutions, Duterte’s cha-cha can prove to be a deadly dance for democracy, as it dangles the suspension of the 2019 elections, effectively extending the term of Duterte’s allies in Congress.

Such self-serving agenda and the anti-democratic way of charter change only seeks to consolidate the power of Duterte beyond the six-year term he was elected under the 1987 Constitution. His political agenda of imposing his brand of dictatorship has been exposed when he succeeded in ousting the Supreme Court Chief Justice, putting judicial independence in limbo.

He has also threatened, cajoled, and captured politicians to support him through fear and actual physical violence while mesmerising the middle and upper classes in the illusion that peace and order will come with his war against the poor whom he has massacred in a failed war against illegal drugs.

Duterte’s cha-cha has also failed to capture the imagination of our people. All surveys have shown that two-thirds of Filipinos strongly disagree to charter change and 75% of Filipinos do not have any clue what a new charter is all about. Of the 25% who knew about it, only a net +7 percent wants it. Even in Mindanao where the clamor is historically strong, only 51% wants it now. The rest of the country strongly opposes it now and in the future.

Without public clamor, there is no urgency and importance of charter change. Forcing it will invite political instability and even drag our nation’s economy down.

Akbayan: In Philippines vs. China, Duterte scores an own goal 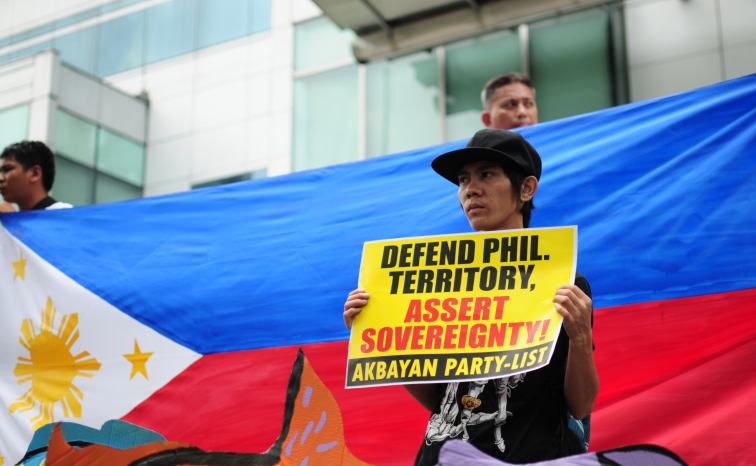 On the second anniversary of the Hague ruling that asserted the Philippines' sovereign rights in the West Philippine Sea, Akbayan spokesperson Gio Tingson accused President Rodrigo Duterte of doing an own goal-- a term used in football meaning a team scores for its own opponent.

"The Duterte government is paving the way for a Chinese victory when he decided not to stand up for our country as they disregard the Hague ruling against China's aggressive encroachment," he added.

"As China installs missiles and bomber jets near our country and Filipino fishermen are harassed out at sea, the Hague ruling--our ultimate weapon-- is only gathering dust under President Duterte's watch. Clearly, this is tantamount to a violation of our sovereignty as a nation-- another country is pointing its weapons at us and continues to mistreat our own citizens while the government is doing nothing to rectify this situation," Tingson said.

"The self-sabotage appears to be deliberate, too. As Foreign Affairs Secretary Alan Cayetano insists that the West Philippine Sea is disputed despite our clear win in the Hague and that we must settle for co-ownership with China. There is something definitely wrong if we have a government that can flex its muscles against its own citizens and not against foreigners who trample on our sovereignty," Tingson added.

"When our government is reversing its own victory in the Hague, the Filipino people stand to lose--the fishermen in Zambales, the families in Pag-asa Island, and thousands more when we surrender to China. This is a match that we cannot lose," Tingson ended. ###

In SOLIDAR's resolution passed during their General Assembly on June 28, 2018,  the group scored Duterte's campaign against drugs with deaths ranging from 13,000 to 20,000 as of December 2017.

"We welcome this resolution from different social movements and NGOs. This highlights that the global community stands with the people of the Philippines in our fight for democracy and human rights," Akbayan Partylist said.

The group also scored the removal of Chief Justice Maria Lourdes Sereno, calling it a situation where "political dissent is silenced and democratic institutions are systematically compromised".

The group's resolution also hit the administration's "anti-poor" economic polices, criticizing the "bigger tax burden to the Filipino poor" and the use of "dubious" Chinese loans and companies for mega-infrastructure projects.

"We push for the continuing review of Europe and the Philippines' trading relations based on the Philippines' human rights commitments, especially in light of the Philippines' inclusion in the GSP+ giving it special privileges as trading partner of the region," the group's resolution said.

The group also vowed to monitor the complaint filed at the ICC against the Philippine president.

"We are part of one international community, and as such we take responsibility in making each other accountable for human rights abuses," the group said.

SOLIDAR is part of the international human rights mission by Progressive Alliance and Party of European Socialists in Manila on October 2017, which earned the ire of President Duterte after their denouncement of the killings in a press conference. 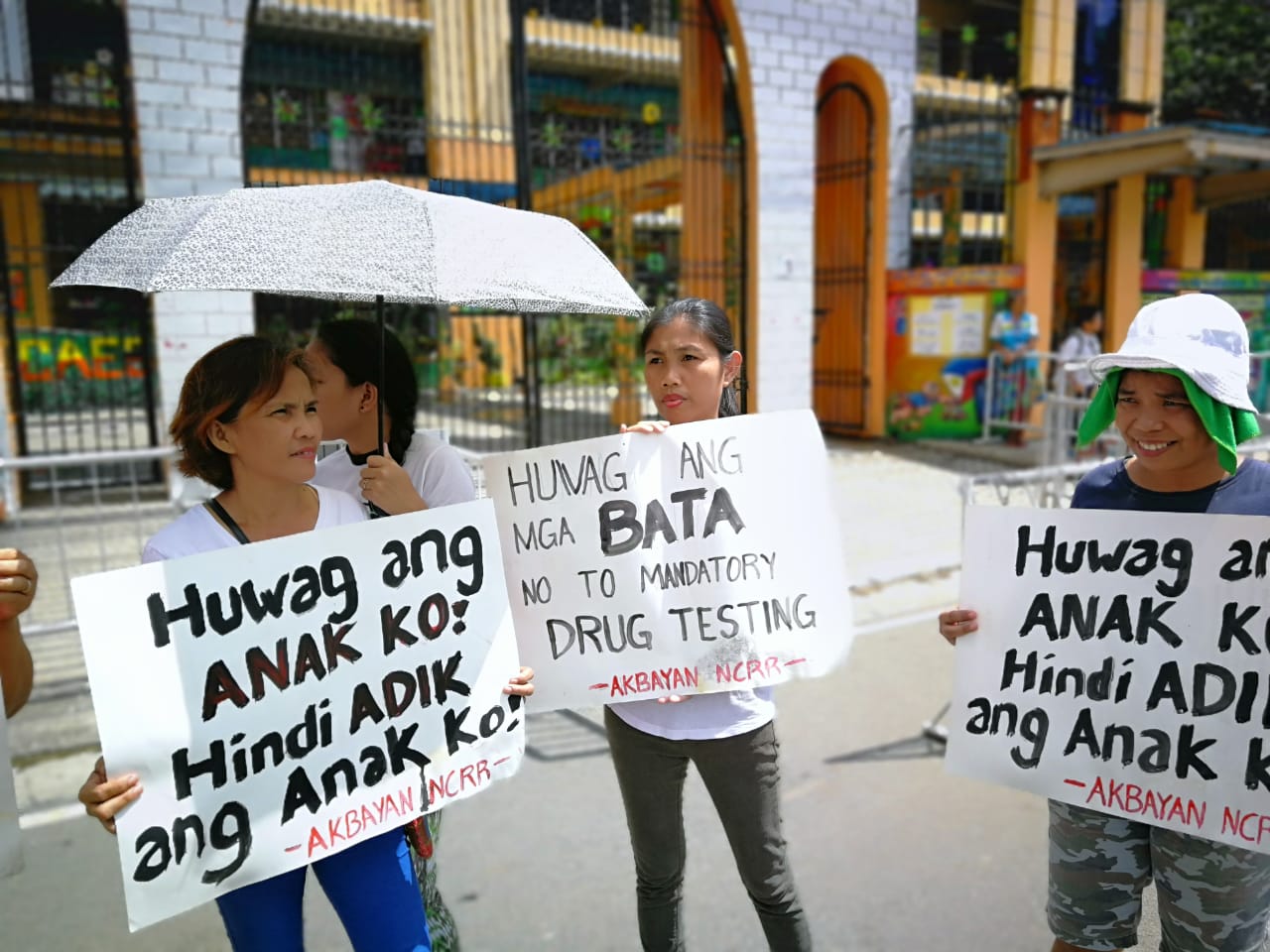 Parent leaders from Akbayan trooped outside of elementary schools gates all over Metro Manila as the Department of Education (DepEd) and the Philippine Drug Enforcement Agency (PDEA) held a meeting on the plan to drug test students as young as 10 years old.

Moreno also hit the proposal to allocate a P2.8B budget to fund the drug testing operations for students Grade 4 and up.