Marcos is no hero 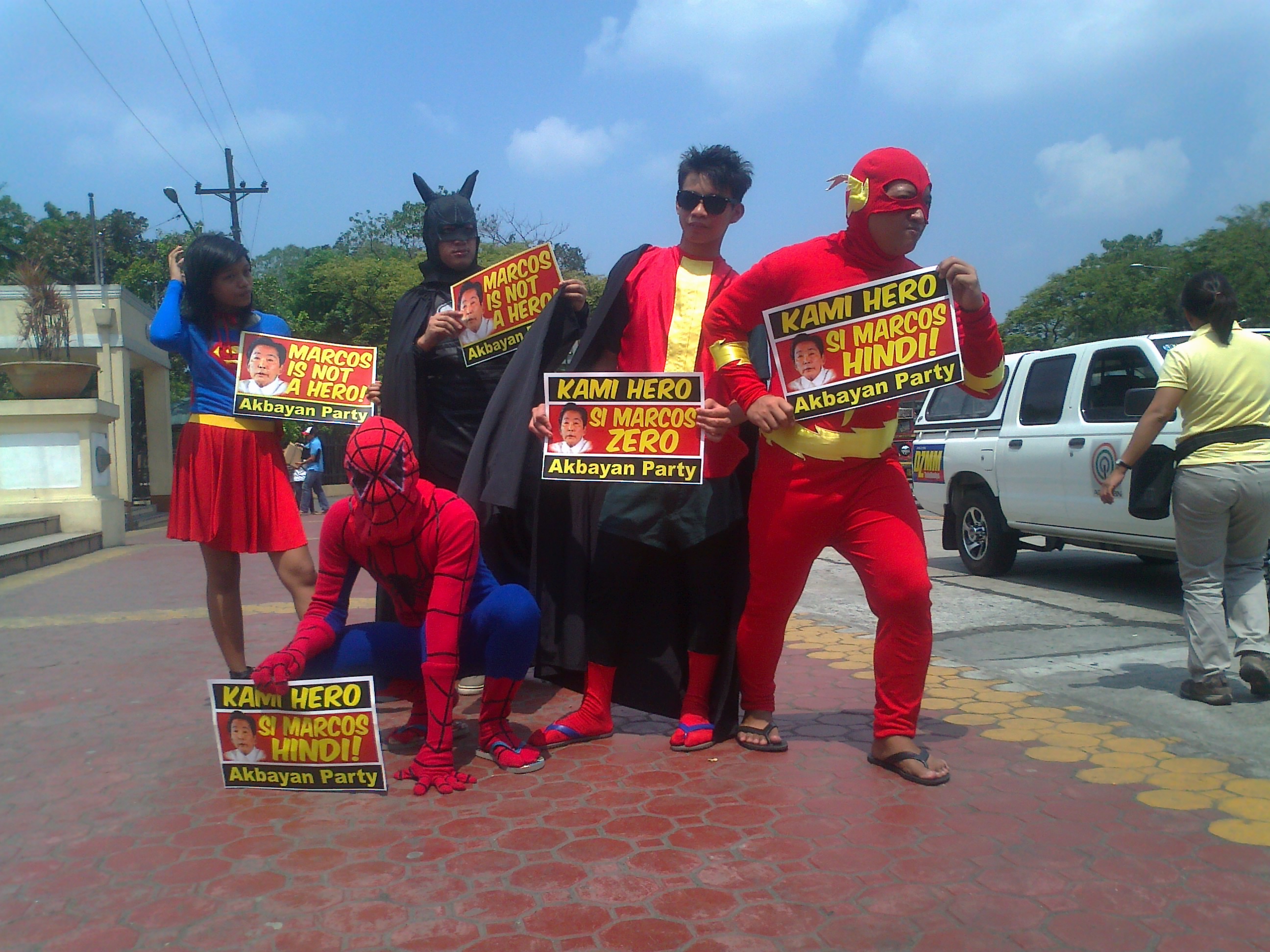 BIR urged, use Mikey as example, give ultimatum against big-time tax evaders

Coinciding with the deadline in the filing of Income Tax Return (ITR), members of Akbayan Party on Friday staged a creative action in front of the office of the Bureau on Internal Revenues (BIR) to underscore the alleged failure of Ang Galing Rep. Juan Miguel “Mikey” Arroyo to pay his correct taxes. The group also asked BIR to issue an ultimatum against big-time tax evaders.

In a statement, former Akbayan Representative Risa Hontiveros said a deadline against big-time tax cheats must be issued to show the seriousness of the government in fighting corruption and large-scale tax evasion.

Hontiveros to Merci: do a “Jalandoni”

“A leader is a good follower.”

This was the message conveyed today by Akbayan spokesperson Risa Hontiveros to Ombudsman Merceditas Gutierrez as the former partylist lawmaker renewed her call for the ombudsman to step down from her post similar to the resignation made by Deputy Ombudsman for Luzon Mark Jalandoni.

Akbayan party spokesperson Risa Hontiveros on Friday  branded Ang Galing Partylist Representative Juan Miguel Arroyo as the “Pinoy Al Capone” whom she said should be brought to his own “Alcatraz." This was after the Bureau of Internal Revenue (BIR) filed a P 73.85 million tax evasion case against Arroyo and his wife Angela in the Department of Justice.

Per approval of the Bureau of Internal Revenue, Mercury Drug Corporation will begin the implementation of the 20% Discount on Medicines for PWDs on May 1, 2011.

According to the Memorandum of Agreement between Mercury Drug Corporation the House of Representatives Committee on Social Services (HRep-CSS) and Akbayan Party signed on March 1, 2011, Mercury Drug Corp. was given one month to prepare for the implementation of the said discount.